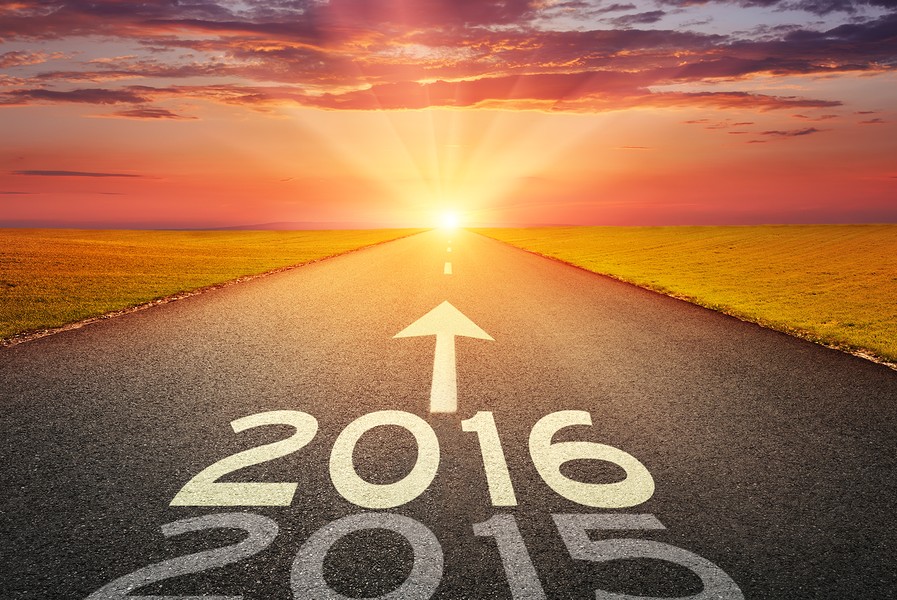 We started the year with Greece defaulting AGAIN….

Things were on the way up in Oz in February, as the RBA signalled that further rate cuts are on its way and the All Ordinaries quickly moved towards the 6,000 level. 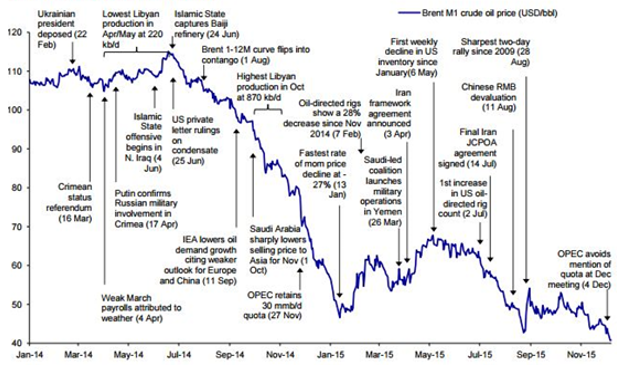 To smooth things over, the Chinese Central Bank, alongside other central banks, cut rates and devalued their currency. And finally to end the year, the US Fed hiked interest rate – a theme of ‘divergence’ that we talked about back in July.

“So the question begs… is there value in Australia right now?”

In this blog post, we will highlight some of the things we are looking out for and where there can be some opportunities for investors. Let’s have a look at the major asset classes and sectors both from a global and macro perspective.

Global economic data published by Fulcrum Asset Management in November 2015, showed further impetus in worldwide growth after a significant dip in mid-year[1]. Their analysis below, shows that global industrial production has rebounded to 2.5% from 2% while the eurozone is growing above its trend rate of 2.1%. 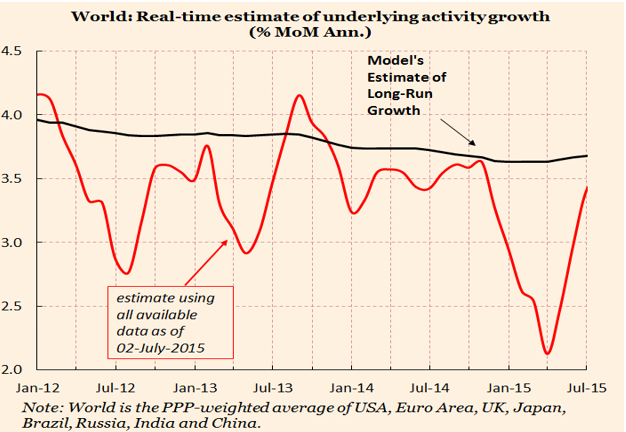 In Europe, the ECB announced further quantitative easing, totalling nearly 3.5% of GDP, which can only be a positive catalyst for European equities.

We expect that there will be some downside pressure to the Euro but that will be offset by the improving competitiveness for Eurozone companies, driving another round of earnings upgrades.

No one can argue that the U.S. economy is the strongest economy for 2015, and that is evident by the recent Fed Lift-Off….

Whether or not, one should remain long U.S. equities is a different question.

The last few years has seen U.S. equities rallying hard (up over 200%), despite earnings being downgraded. As a result, the forward P/E has increased to 16.5 times, slightly above the long-term average. This increase is justified by the exceptionally low level of returns on risk-free assets, but that has now changed with the Fed policy of normalisation….

Accordingly, we remain cautious and neutral on U.S. equities for now.

The rally will possibly continue, but why take on the opportunity cost with better growth prospects in countries where their stock markets are coming off lower bases?

Will The Bull Market Live Without the Fed?

China’s economy had been and continues to struggle.

Its economy relies heavily on credit, government expenditure through state-owned firms and its manufacturing sector. China’s third quarter real GDP was the lowest since 2009 at 6.9% y/y. On a quarter-over-quarter annualised basis, the economy expanded at the same 7.4% pace as in the second quarter.

China, like Australia, is trying to rebalance its economy.

The good news is that the rebalancing away from manufacturing and towards services has been progressing quite well. Indeed, the Markit’s PMI series for China in its latest report states “The renewed increase in overall Chinese business activity was supported by a further rise in service sector activity in November”. The recent Chinese stock market crash can potentially offer some value for investors looking to take advantage of long-term growth opportunities in key cyclical service sectors.

We remain neutral on Chinese equities leading into 1Q 2016, as we would like to see a pickup in growth and the “de-leveraging” of margin loans, come to an end.

There are claims that Australia is heading into a recession. We believe those claims to be exaggerated – a topic we will delve into in a future blog post.

So the question begs… is there value in Australia right now?

Valuations are still above long-term averages, trading near 14.5x, as a result of a depressed corporate earnings for most of the listed companies. We believe Australian I.T. would be sector to look out for in 2016 especially with its depressed valuations. We expect to see some M&A activity, with Malcolm Turnbull’s “ideas boom” pushing smaller, more nimble firms to generate high growth rates which cause larger, more mature firms to take notice.

We also see further consolidation in the oil & gas sectors – a sector that offers compelling value at current levels. 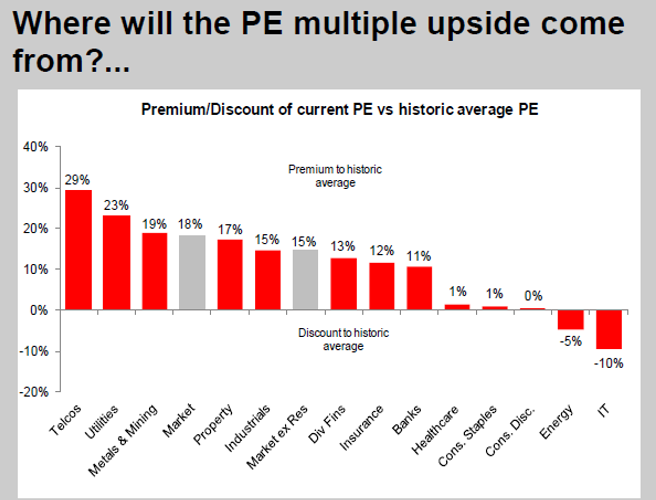 A tough year for commodities… to put it lightly….

The “super-cycle” in commodities is well and truly over as China moves to a more service oriented economy and the USD picks up. China will be demanding less of iron ore, copper and zine and demand will certainly growth in information and communication technologies. In our view, this is a secular theme.

Commodities demand will eventually improve as supply dries, but not to the same extent…

Investors need to be extremely “picky” when considering an investment in commodities.  Another significant issue is the continuing stronger dollar, which will see further losses to most base and precious metal prices.

There is some opportunity though. More particularly, agricultural commodities may be a good investment, as opposed to hard commodities. Nickel is a commodity that we are looking closely monitoring. It is an interesting contrarian opportunity. Currently, Nickel is trading at $8,665 a ton in London, near the lowest in 12 years. Norilsk see a supply deficit in 2016 of 55,000 tonnes and growing in 2017 and beyond as the Indonesian export demand remains in effect and the Pilipino deliveries not being enough to compensate[2].

2015 has been one of the worst-ever performance for precious metals, as the U.S. moves into a policy of normalisation and a hiking cycle. We believe this will continue to be the case in 2016.

Like other commodities, the price of gold is a function of supply and demand in the long-run (> 2 years). In the short-term though, gold has an inverse relationship to interest rates as other ‘competing’ asset classes, such as fixed income investments become more attractive. Don’t let the gold bug bite you in 2016!

The October 2015 global equities sell-off seemed to occur in a parallel universe, given the bond markets relatively muted reaction. Government bond investors should not “pat themselves in the back” just yet though. They are in for a sustained period of underperformance…..

Globally, bond yields have been suppressed for quite some time. U.S. Treasury yields are around 2.25%, Japanese 10-year government bonds yield just 0.3% and Eurozone yields are near zero.

The macro environment for bonds has been extremely depressed, that that a lot of government bonds are not even offering any premium (compensation for the risk that interest rates rise faster than expected). Some Eurozone countries have bonds with negative yields which effectively implies paying the government for lending it money… negative returns….

The key issue is inflation and inflation expectations which in turn is dependent on oil and the U.S. dollar. Unless the sentiment around global inflation changes either through accelerated wage growth or higher oil prices or the U.S. dollar slowing its upward trajectory, yields will remain depressed going forward in 2016. 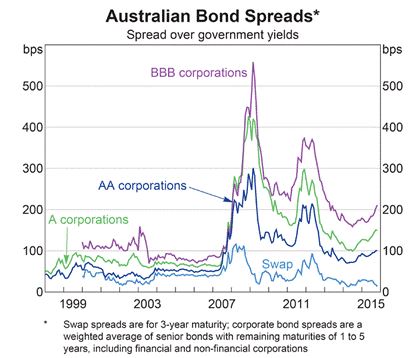 We slightly prefer corporate bonds to government bonds. However, credit spreads are widening in some regions. For example, Australian credit spreads shown below signal concern sometime over the next couple of months. In addition, we are also avoiding non-dollar sovereign bonds as the U.S. dollar continues to strengthen.

2015 was a year for capital preservation….

Unsurprisingly, market-neutral funds were the ones that came out ahead. Directional funds, whether macro, like Fortress, or long-only, like Pershing, had a year they would rather forget…. Nonetheless, now is not the time to throw the “baby out with the bathwater”. We believe 2016 will be year of the stock picker….

From all of us here at Peak, we wish you a Merry Christmas and a Happy New Year! 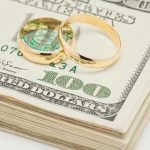 Congratulations, You’re Engaged! Financial Glitches to Tackle before You Get Hitched