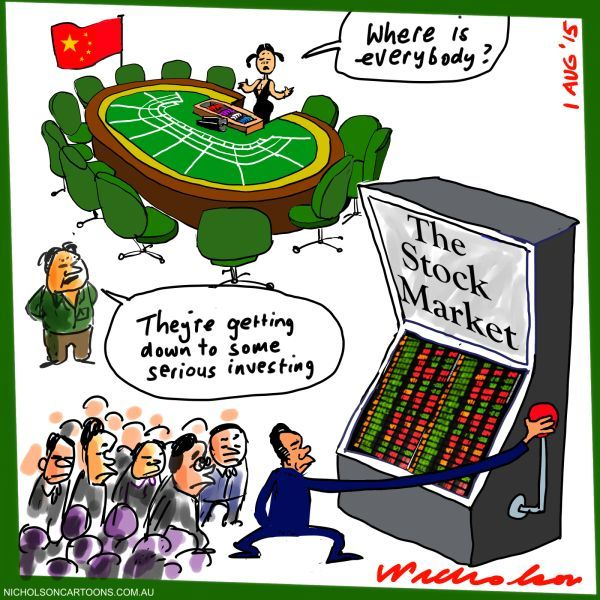 Financial crises are analogous to bank runs. They occur when liquidity disappears, resulting in a “mismatch” between assets and liabilities. Usually there is too much credit creation and the liabilities are growing faster than the assets.

In this case, a depletion of cash reserves combined with “Panic”, drives outflows. This is the start of a Crisis.

The recent stock market crash in China is a classic cycle that follows the famous economist Hyman Minsky ‘s theory of business cycles: credit-driven boom, euphoria, and then finally… panic.

When confidence is high, banks begin to make loans in which the borrower can only afford to pay the interest. Usually this loan is set against an asset which is rising in value.

Then, we reach the final stages of irrational exuberance.

At this point, banks make loans to firms and households that cannot afford to pay either the interest or the principal.

Again this is underpinned by a belief that asset prices will continue to rise.

The game comes to a “screeching halt” when the asset prices stop increasing. Banks start owning assets that are decreasing in value, borrowers begin defaulting and eventually banks will look for bailouts. This is what is happening right now. Non-performing loans are increasing as Chinese banks and 11 shadow banks in northern China’s Hebei province have already asked for a bailout.

Effects from the crisis

At its June 12 high, the Shanghai Composite was trading around 25 times company earnings. A relatively high valuation. “Mum and dad” retail investors, have been investing in the stock market as they see their neighbours becoming wealthy from trading stocks and investing in IPOs. Adding more fuel to the fire further has been lax margin requirements.

The underlying issue is that these retail investors represent a sizable portion of wealth in China. Although institutional investors have now taken over from retail investors as the major force driving equity markets, total household savings in China hit RMB 31 trillion at the end of 2010. Much of this has shifted between savings and stocks plus mutual funds.

The wealth destruction that has taken place will reduce overall consumption contributing to a decline in employment and private investment. As a result, China is going to find it even harder to move to a more consumption driven economy.

So what should the central bank in China have done?

Central banks generally have too loose a monetary policy preceding such a crisis.

This is a major concern.

During the recent falls, The People Bank of China (PBOC) continued to cut its short-term interest rates while facing continuing slowdown in its economy. We do appreciate that the PBOC was in a tight spot but it could have done better given the lessons learned from the financial crisis of 2008 by other central banks around the world.

In retrospect, the PBOC should have kept interest rates constant and implemented macro-prudential tools it has at its disposal: limiting loan growth, restriction on margin lending and caps on loan-to-value and debt-to-income ratios to name a few.

The ignorance of such macro-prudential tools speaks volumes about what the central bank was more interested in.

It seems that the authorities were looking to keep propping up the market rather than allowing for a controlled price correction. Now we don’t even have a true free market, with credit accounts being frozen, short-selling being banned and governments and brokers working together to buy back shares.

Let’s hope the PBOC gets up to speed with its study of history and financial crises and learns the appropriate lessons sooner rather than later. Otherwise, the panic may become systemic and flow onto other countries directly linked to China. 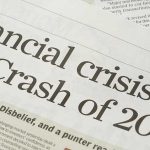 Australia in the GFC – A Look Back At History…. 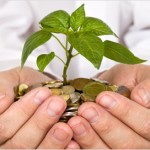